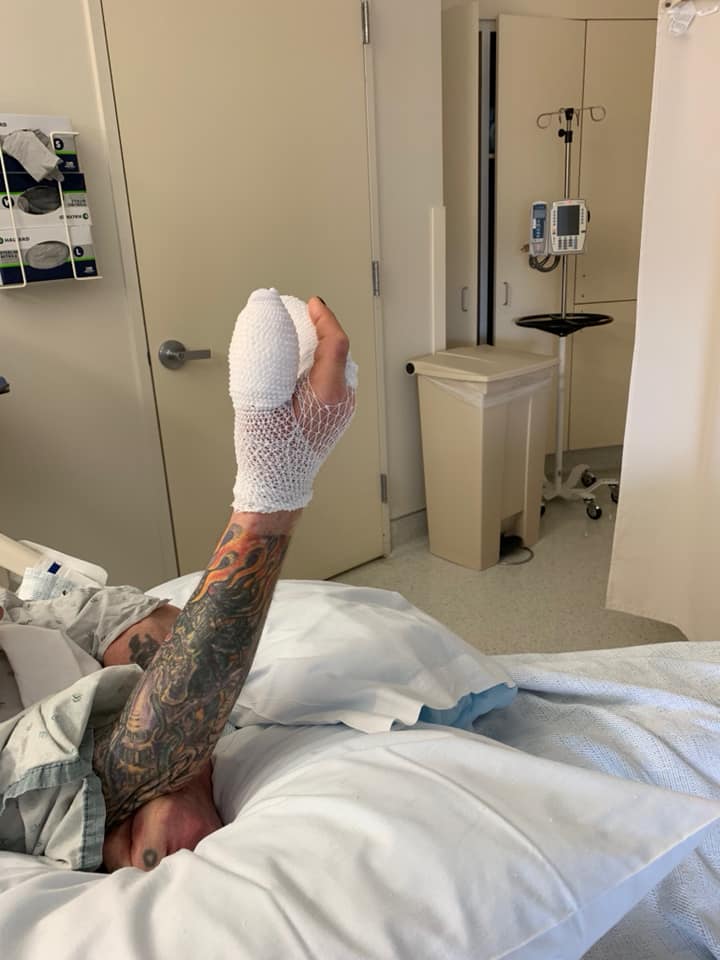 OZZY OSBOURNE’s Saturday, October 6 show at Shoreline Amphitheatre in Mountain View, CA is being postponed due to illness. The Rock and Roll Hall of Fame inductee and Grammy®-winning singer and songwriter is being treated for an infection, which required surgery on his hand this morning (Saturday, October 6). OSBOURNE will spend a couple of days at Cedars-Sinai in Los Angeles where he’ll remain under doctor’s care as they monitor the infection. The show is part of OZZY’s North American “NO MORE TOURS 2,” produced by Live Nation, and is expected to resume on Tuesday, October 9 at Mattress Firm Amphitheatre in Chula Vista before this leg of the tour wraps with shows at the Hollywood Bowl (October 11) in Los Angeles and Las Vegas (October 13) at the MGM Grand Garden Arena. Stone Sour will perform on these three shows.