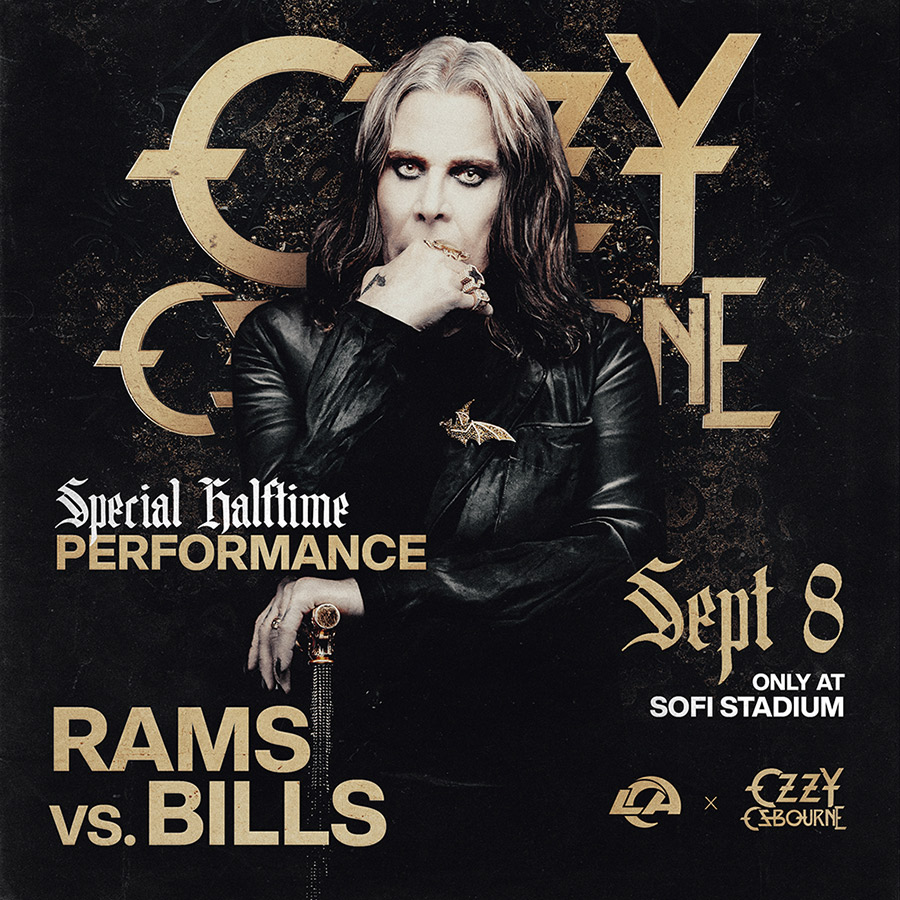 Rock and Roll Hall of Fame inductee and Grammy®-winning singer and songwriter OZZY OSBOURNE will perform at halftime of the Los Angeles Rams season opener on Thursday, September 8 at SoFi Stadium. The performance comes on the eve of the release of Osbourne’s new PATIENT NUMBER 9 album out September 9 on Epic.

To kick off the 2022 season, the Los Angeles Rams will host the Buffalo Bills in the Rams’ first game at SoFi Stadium since winning Super Bowl LVI in February. The game will be presented nationally on NBC, Peacock and Universo at 5:20 PM PT/8:20 PM ET. Tickets are available at >www.therams.com/tickets.

Fans in the stadium will be treated to a multi-song medley from Osbourne while viewers at home will see a portion of the performance on NBC and Peacock during halftime.