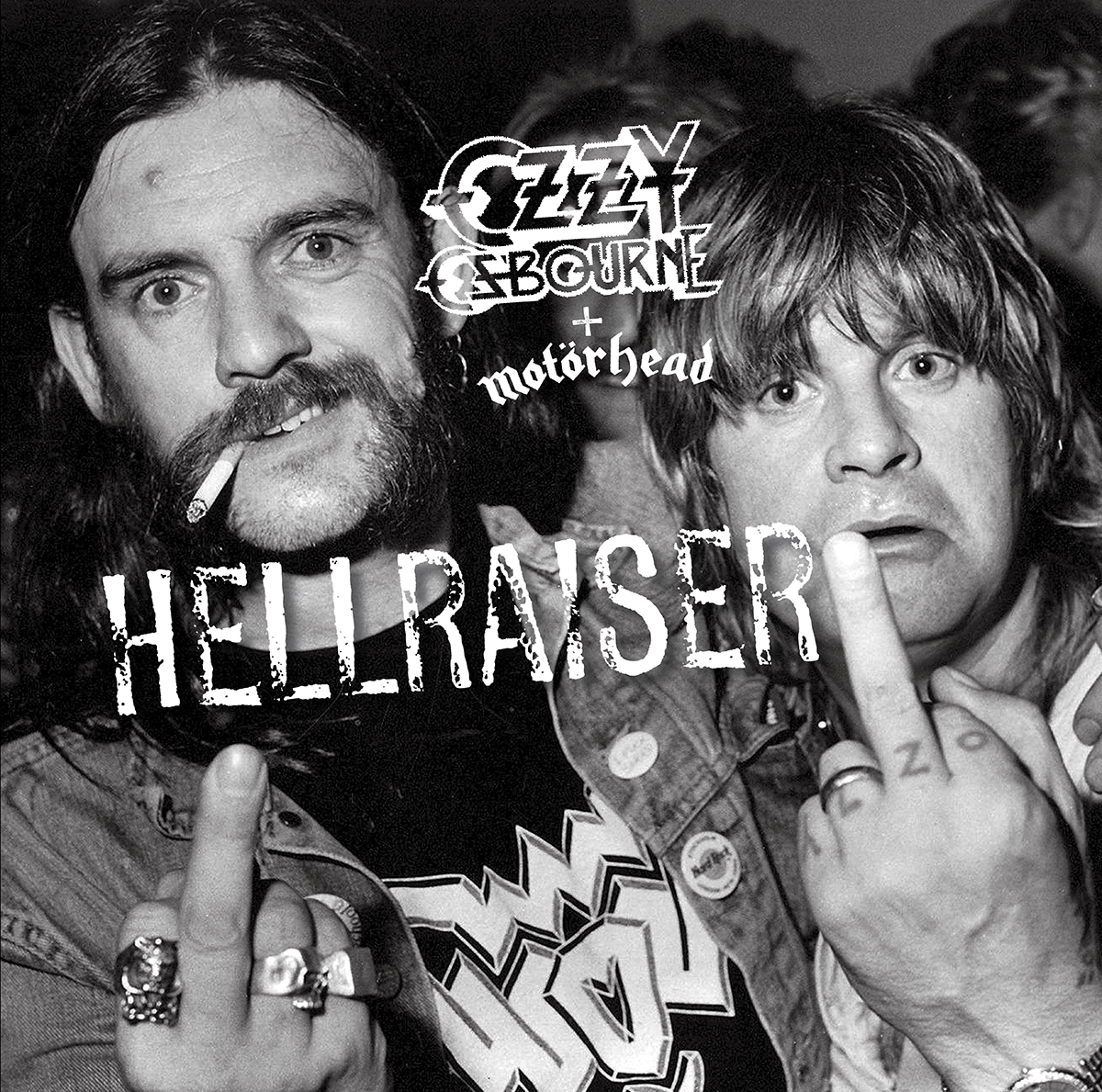 PHYSICAL AND DIGITAL VERSIONS OF ALBUM ARE
AVAILABLE THIS FRIDAY, SEPTEMBER 17

More than 30 years after the release of NO MORE TEARS, music fans will at last hear a new version of the album’s “Hellraiser.” The digital release of the album, due out September 17 (Sony), will include an updated interpretation of the track featuring the first-ever official version of the song with a mash-up of vocals from OZZY and the song’s co-writer, longtime friend and colleague Lemmy Kilmister of Motorhead. “Hellraiser” originally appeared on NO MORE TEARS; Motorhead then recorded their own version and released it as a single from their 1992 March ör Die album.“Hellraiser” was one of four songs from

“I hope everyone enjoys the song,” OZZY says. “This is just a small way to honor my friend Lemmy. Sharon and I talk a lot about how much we miss him.”

Beyond the digital version of NO MORE TEARS—OSBOURNE’s sixth solo album went Top 10 (#7) and certified quadruple platinum–the release will also be highlighted with two special editions: a 2LP black vinyl version and a special yellow and red 2LP vinyl version with a specially created booklet (exclusively at www.towerrecords.com). Both configurations will be released simultaneously with the digital version. Pre-order the album here.

In its release, NO MORE TEARS yielded four top ten singles on the Billboard Rock Tracks chart, “Mama, I’m Coming Home” (#2), “Road To Nowhere” (#3), “Time After Time” (#6) and the title track (#10). In addition, the album’s “I Don’t Want to Change the World” earned OZZY his first Grammy for a live version of the track that was featured on his 1993 LIVE AND LOUD album. The album has remained an OZZY classic, earning a spot (#22) on Loudwire’s “Top 90 Hard Rock + Metal Albums of the ’90s” with Ultimate Classic Rock including No More Tears on their list “Top 100 ’90s Rock Albums.”