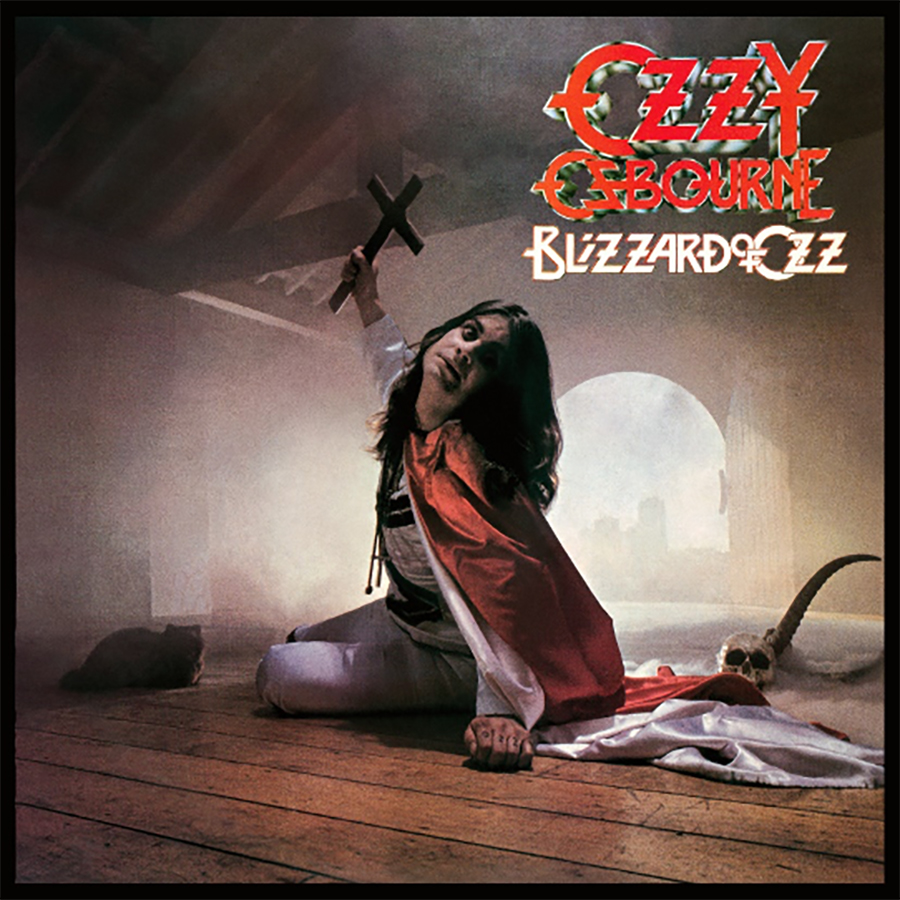 DUE OUT SEPTEMBER 18 ON SONY/LEGACY, THE PACKAGE INCLUDES SEVEN LIVE TRACKS CURRENTLY UNAVAILABLE

OZZY OSBOURNE kicked off 2020 with his critically acclaimed #1 rock album ORDINARY MAN–his first new solo album in ten years–and a planned return to the road. And then came the pandemic. Now, fans of the Rock and Roll Hall of Fame inductee and Grammy®-winning singer and songwiter can enjoy a variety of projects celebrating his legacy this fall. First up was the September 7 premiere of A&E Network’s “Biography: The Nine Lives of Ozzy Osbourne.” He’ll also wrap the year by releasing the 40th anniversary expanded digital edition of his landmark debut album BLIZZARD OF OZZ and digital versions of two classic longform videos, LIVE & LOUD and LIVE AT BUDOKAN.

Initially released on September 20, 1980 in the UK, BLIZZARD OF OZZ marked OZZY’s debut studio album (following his departure from Black Sabbath); the expanded digital 40th anniversary edition is set for release September 18 on Sony/Legacy. The new package includes OZZY hits: “Crazy Train,” which will hit certified 5x platinum status to coincide with its September release date; the gold-certified (in four countries) “Mr. Crowley” (both of which feature Randy Rhoads on guitar); along with “Suicide Solution,” plus live versions of seven tracks that are currently unavailable digitally. The record was ultimately certified 5x platinum and was ranked #9 on Rolling Stone’s list of “100 Greatest Metal Albums of All Time” in the U.S.; platinum (or multi-platinum) in another 12 countries and gold in an additional 13 countries. BLIZZARD OF OZZ was the first of two studio albums recorded with guitarist Randy Rhoads. The album’s “Crazy Train” went on to become one of OSBOURNE’s signature tracks; the song has also become one of the most played sports anthems frequently heard at NFL, NBA, MLB & NHL games. It peaked at #9 on Billboard’s Top Tracks chart upon release–and in 2009, the song achieved a 5× platinum certification. The live tracks–“I Don’t Know,” “Crazy Train,” “Mr. Crowley,” “Revelation (Mother Earth),” “Steal Away (The Night)” and “Suicide Solution”–were recorded on the “Blizzard of Ozz” tour and were previously found only in the BLIZZARD OF OZZ/DIARY OF A MADMAN 30th Anniversary Deluxe Box Set. “You Said It All” (live) was originally found on the 1980 MR CROWLEY live EP, recorded in 1980 at the Gaumont Theater, Southampton, UK and was also not previously available digitally.

Next up are two digital releases of two classic OZZY video releases: LIVE & LOUD and LIVE AT BUDOKAN. The “LIVE & LOUD” home video–originally released on June 28, 1993–was issued alongside the CD. The collection is a compilation of live footage from several shows rather than a single concert. The “LIVE & LOUD” DVD includes guest appearances from OZZY’s Black Sabbath bandmates (Geezer Butler, bass, Bill Ward, drums and Tony Iommi, guitar), along with his own band from that era (Michael Inez, bass; Randy Castillo, drums; Zakk Wylde, guitar; and Kevin Jones, keyboards). The “LIVE AT BUDOKAN” DVD–released June 25, 2002–was shot earlier that year as part of the 2002 world tour. It features the song “Suicide Solution” and Zakk Wylde’s accompanying guitar solo. Running in excess of 13 minutes, this track was cut from the CD version because of time restraints. OZZY is backed by his 2002 touring band on “LIVE AT BUDOKAN” DVD: Zakk Wylde, guitars; Robert Trujillo, bass; Mike Bordin, drums; and John Sinclair, keyboards.

Meanwhile, earlier this month, A&E Network debuted “Biography: The Nine Lives of Ozzy Osbourne” which delves into the many lives and incredible career of the man who has personified rock and roll rebellion for decades. “Biography: The Nine Lives of Ozzy Osbourne” traces OZZY’s life from his childhood in poverty and time in prison, to fronting the iconic Black Sabbath and a successful solo career, to one of rock’s elder statesman and a loveable 21st century television dad. The two-hour documentary explores how OZZY has continually reinvented himself and his career to propel himself toward greater success. As the Grammy-winning artist turns 70, he reflects on the intimate details of his successes, failures, and his unique ability for survival and perseverance–including never-before-seen interviews about his recent Parkinson’s diagnosis. The documentary, a selection of the 2020 SXSW Film Festival, also features interviews with Sharon, Kelly and Jack Osbourne as well as friends and fellow musicians including Rick Rubin, Ice-T, Marilyn Manson, Rob Zombie, Jonathan Davis, Post Malone and more. Watch a clip here

The “Live at Budokan” DVD track listing is as follows:
“I Don’t Know”
“That I Never Had”
“Believer”
“Junkie”
“Mr. Crowley”
“Gets Me Through”
“Suicide Solution” (Osbourne, Rhoads, Daisley)
“No More Tears”
“I Don’t Want to Change the World”
“Road to Nowhere”
“Crazy Train”
“Mama, I’m Coming Home”
Encores: “Bark at the Moon” and “Paranoid”